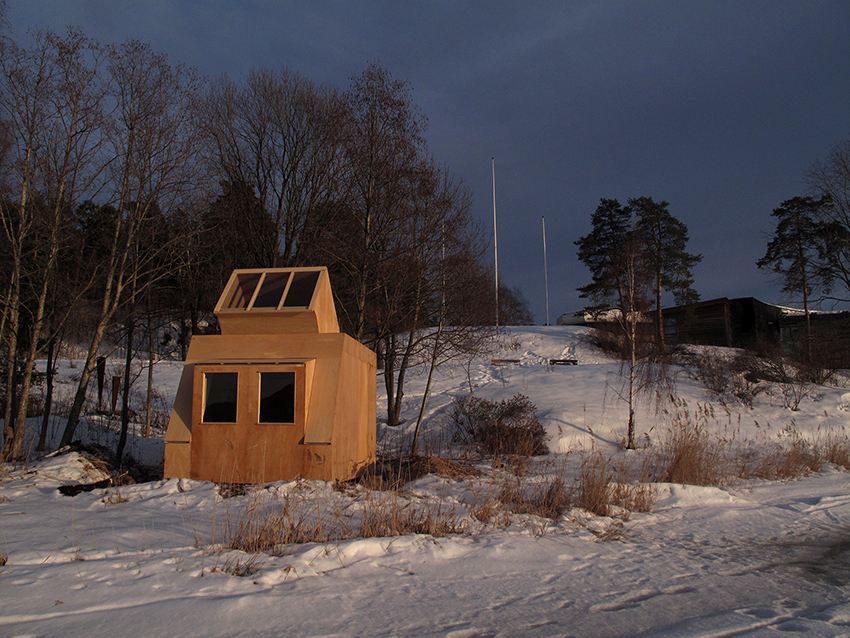 During the winter of 2011 together with architect and carpenter Mats Odin Røstøy (MOR & MAR arkitekter), I built Winterstudio, a mobile outdoor studio based on the interior dimensions of my studio room on the sixth floor of Handelsbygningen in Oslo. The studio was first assembled outside the Henie Onstad Art Museum and later moved to Jeløya as part of my participation in the 6th Momentum Biennale - Imagine Being Here Now. Winterstudio was built as part of  the research project A Place for Painting   to create an architectural constant, which could  allowed me to better assess the geographical  influences of place in painting. In both places I worked in the studio with paintings relating to the local context. The studio was later moved to Valldal in Møre and Romsdal county as part of the residency and exhibition project Winterstudio - Hansplassen. Photo at Jeløya by Vegard  Kleven.