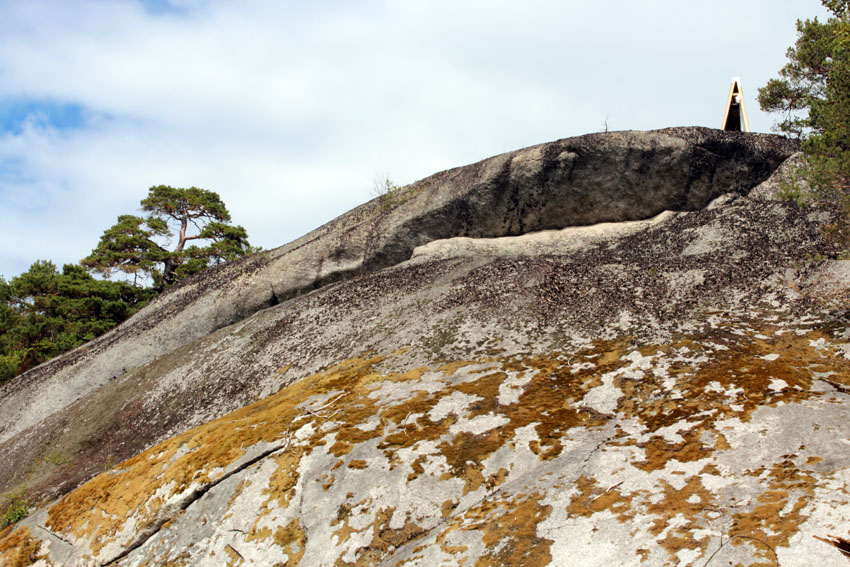 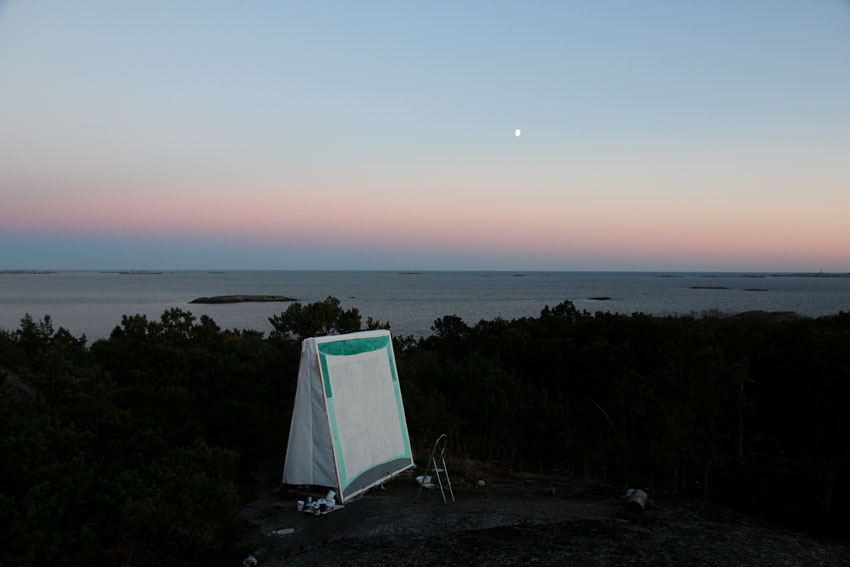 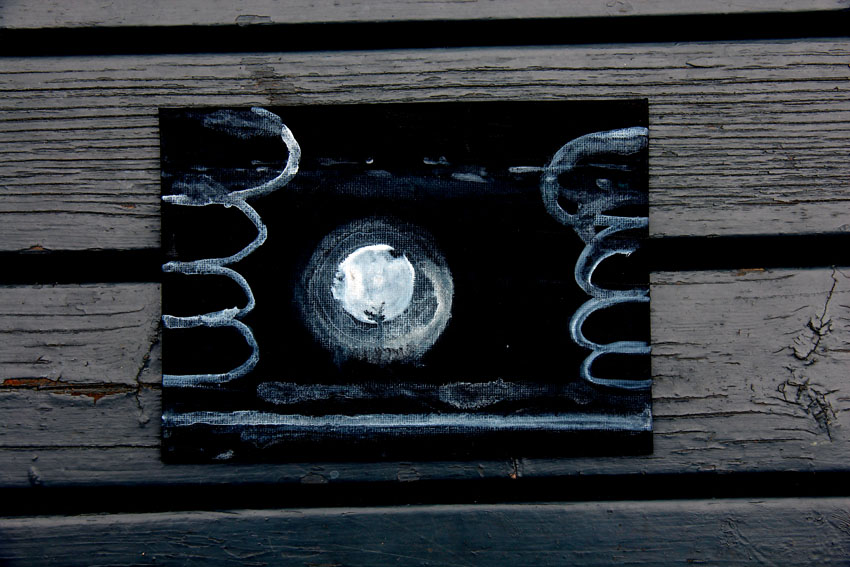 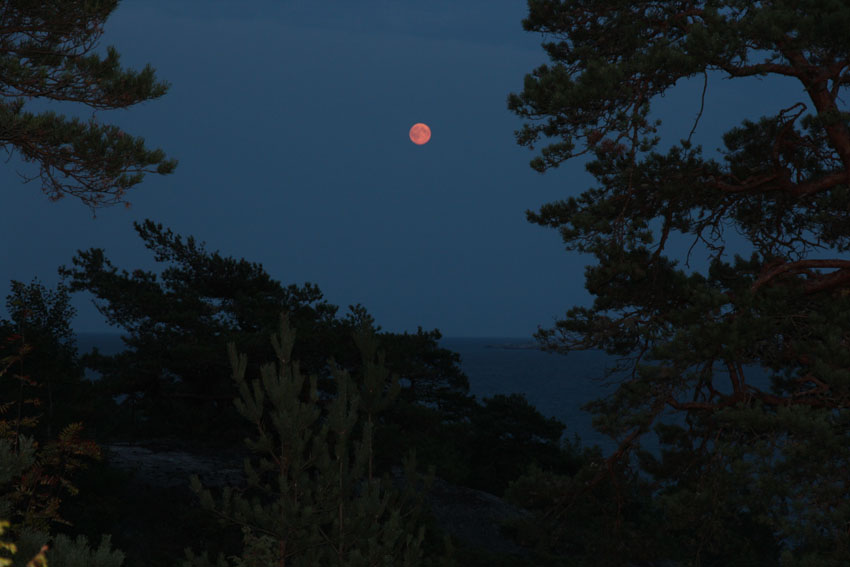 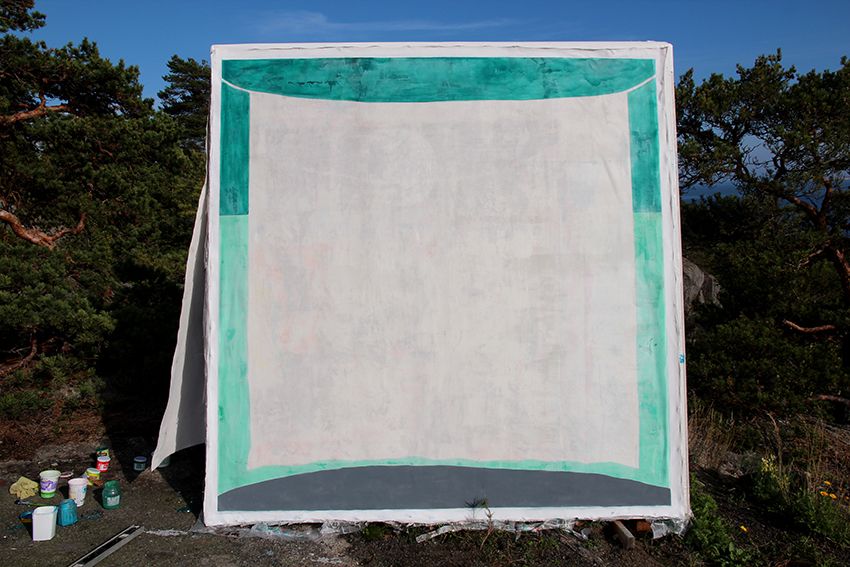 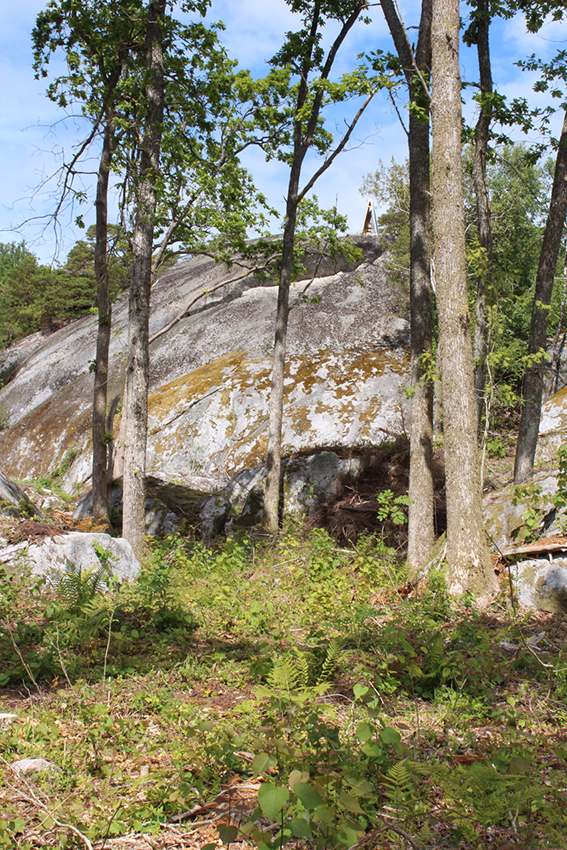 The summer of 2014 I was supposed to have sailed across the North Atlantic. One week before departure the trip was cancelled. I had already rented out my apartment and decided to move to the cabin. Here I built A Studio, an outdoorstudio on a cliff overlooking the ocean. Paintings made here were later shown in the exhibition Roxy Firefly at Galleri F15 in 2017. This working process also influenced the graphic works shown in the exhibition Sea Mountain Sea at Trykkeriet in 2014.