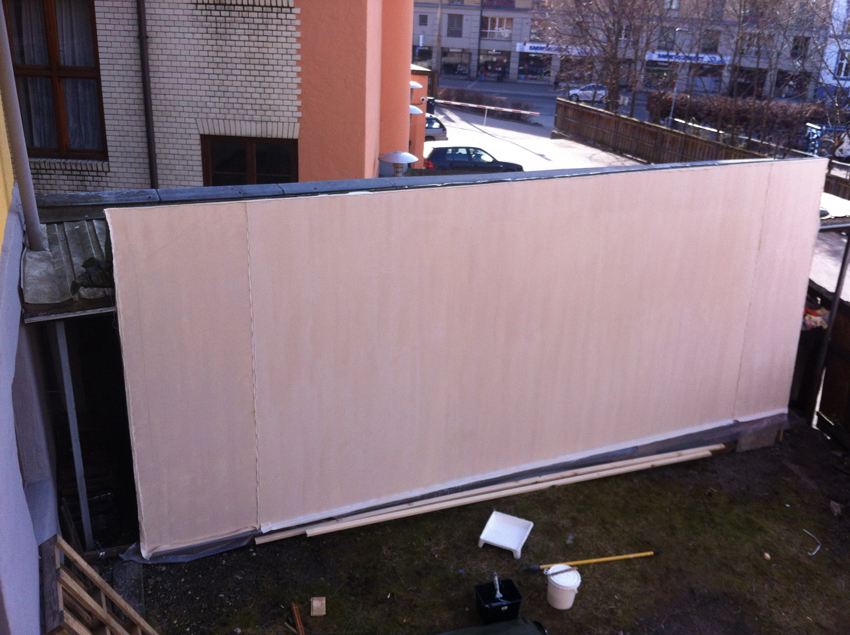 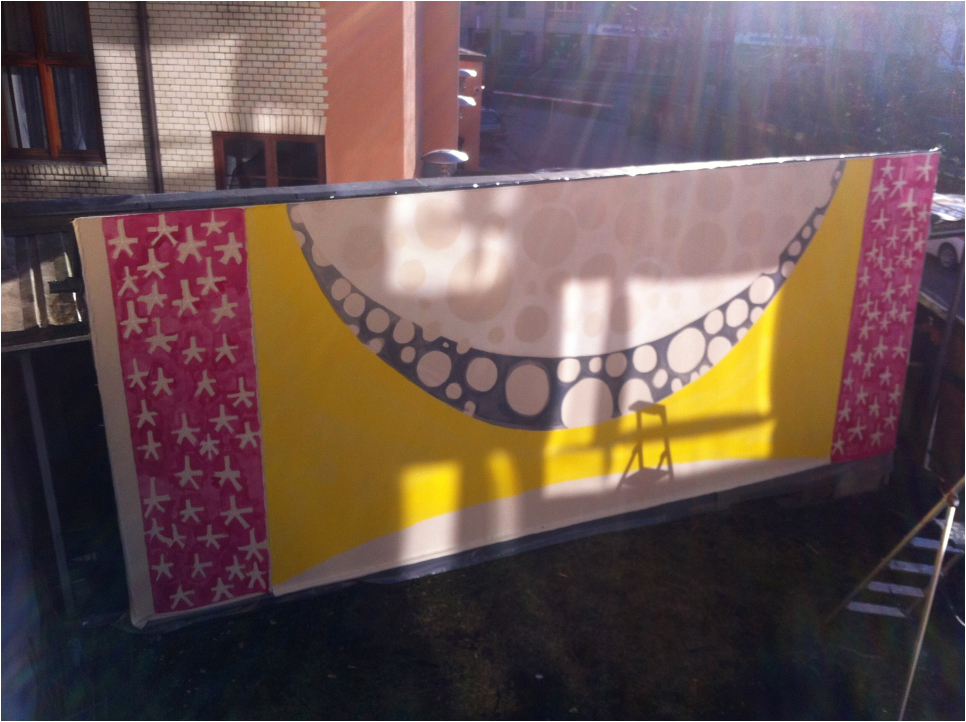 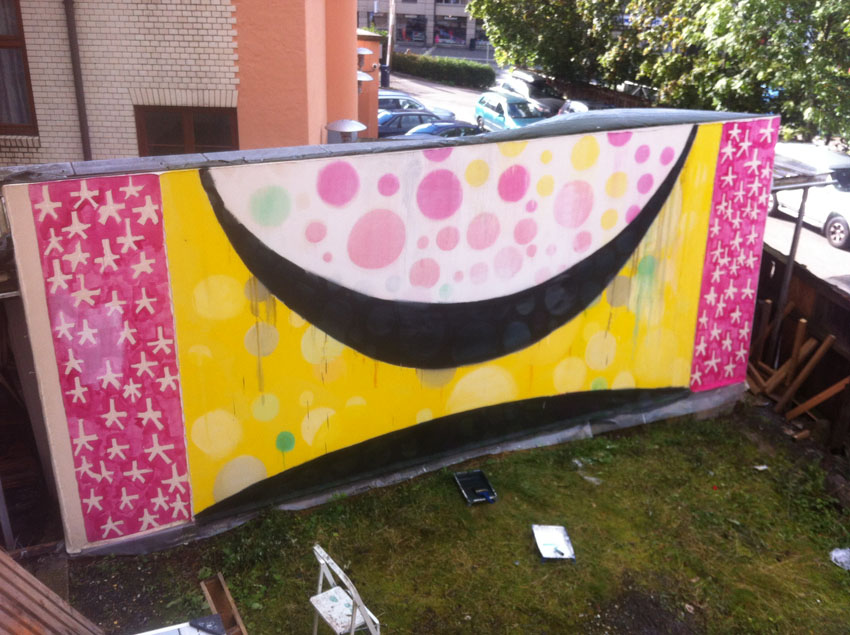 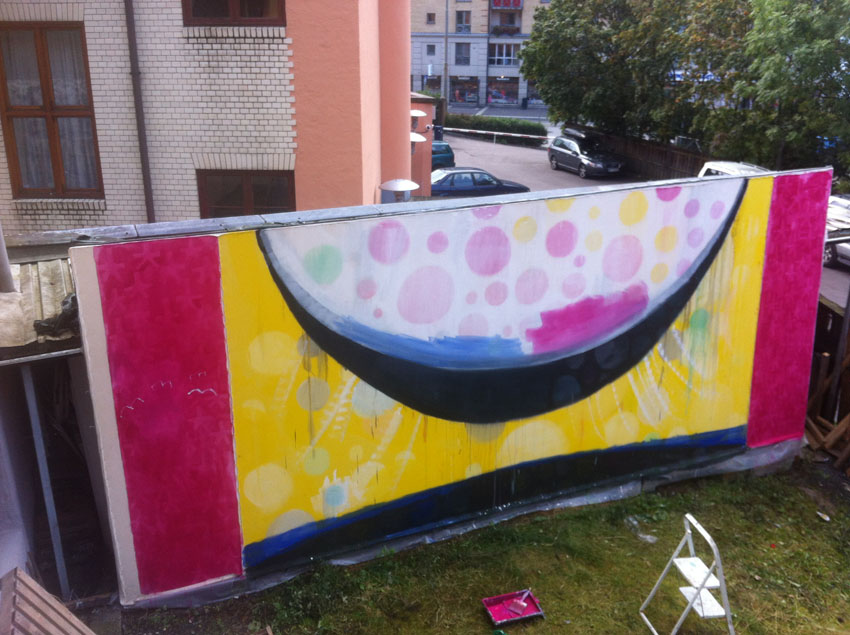 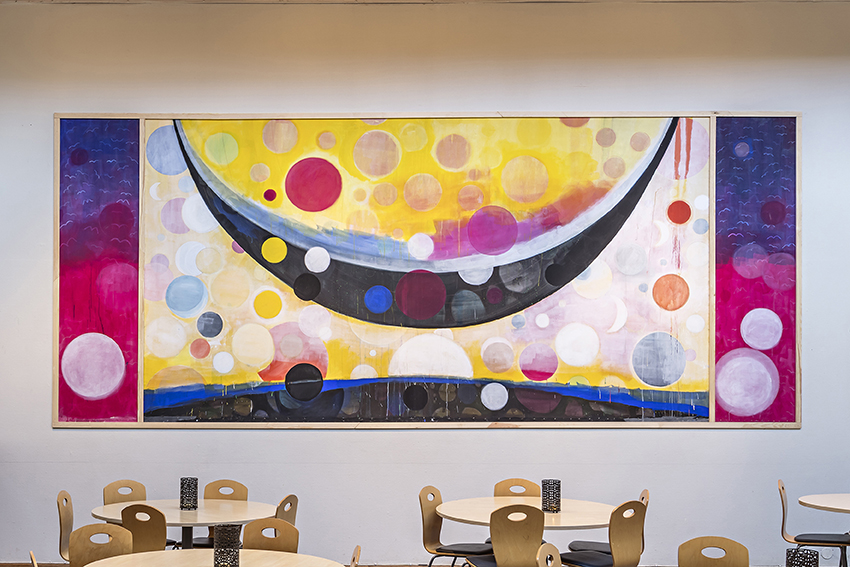 Out the back door and into the studio! In the backyard of my studio in Oslo I built a wall that measured approximately 6 × 3 m. This allowed me to work on large scale paintings outside. The work in progress is the triptych Rain on distant planets, realized in the period April 2015 – April 2016, which was later shown as part of the show Roxy Firefly.

The outdoor wall, together with a mobile module based wall inside the studio was realized with the generous support of :