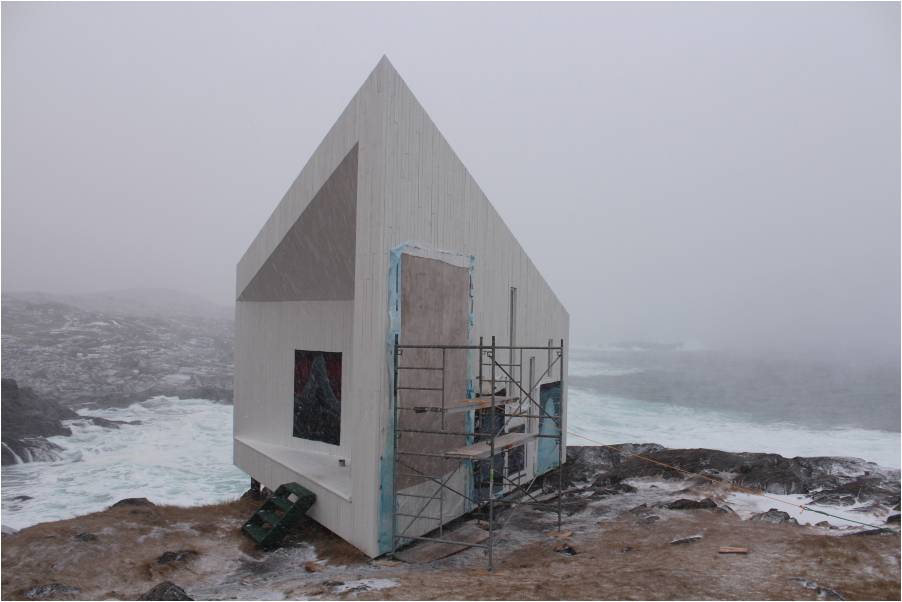 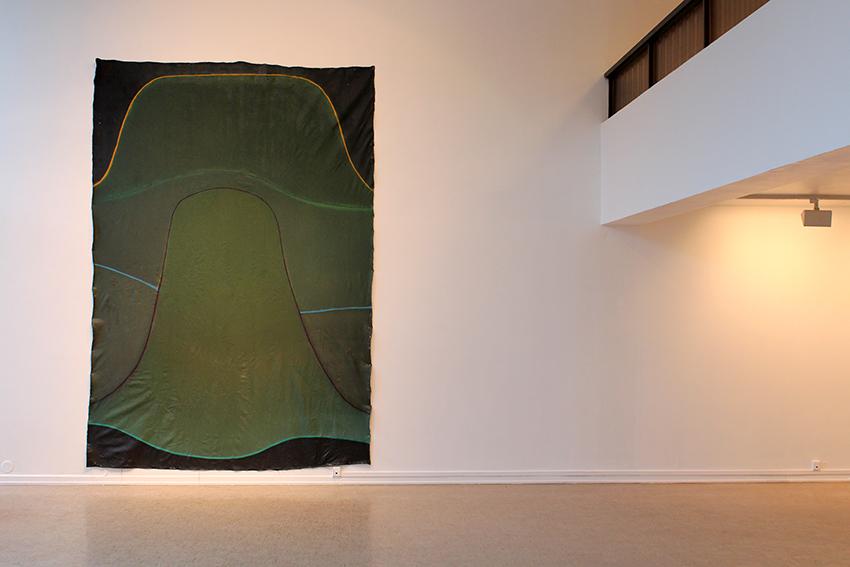 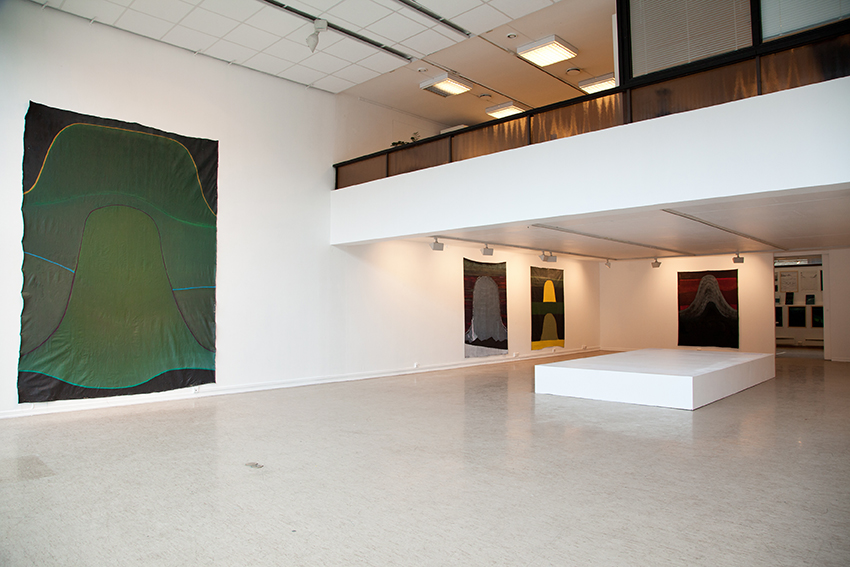 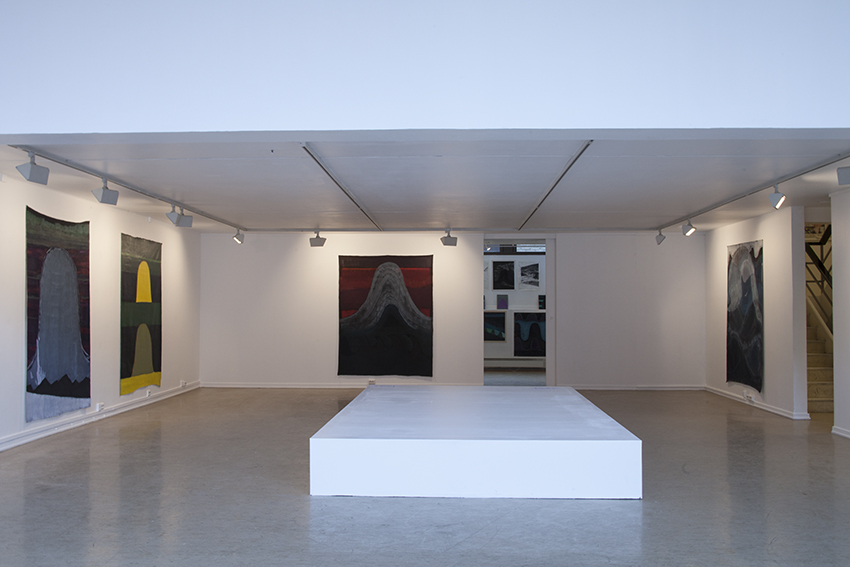 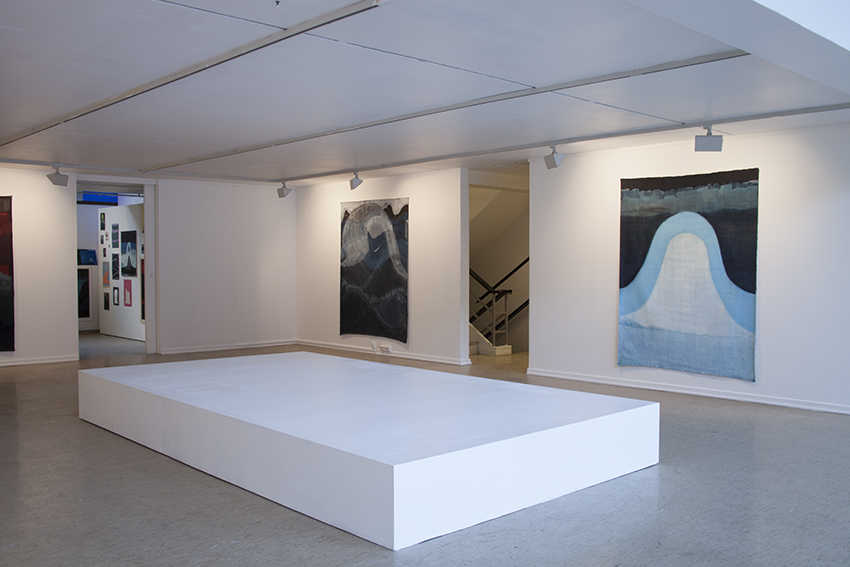 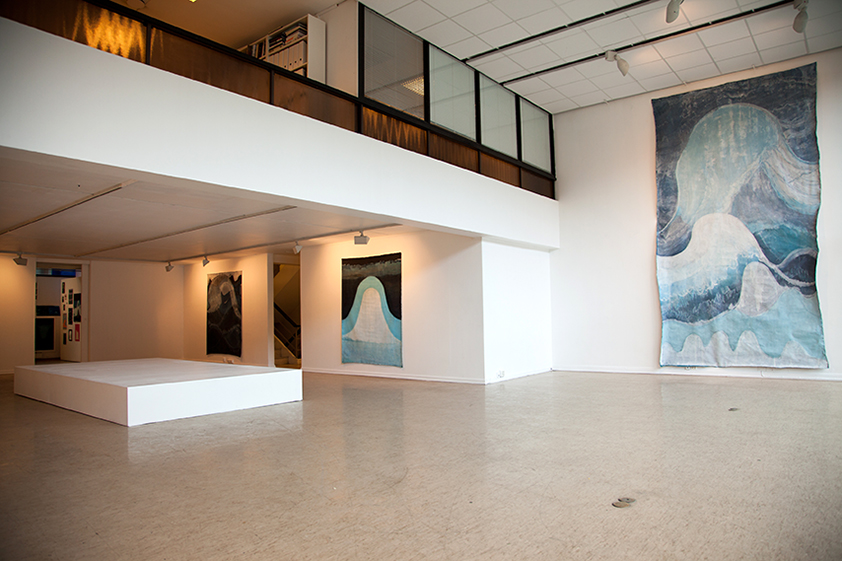 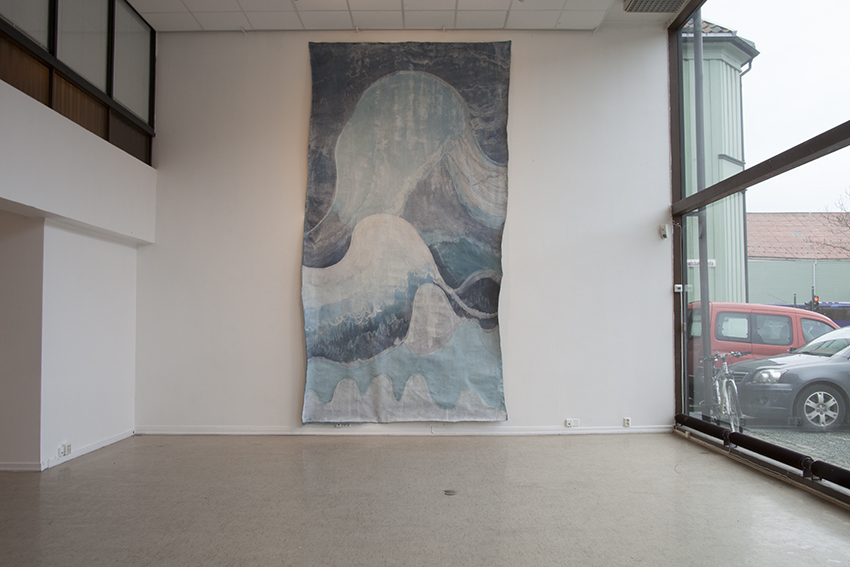 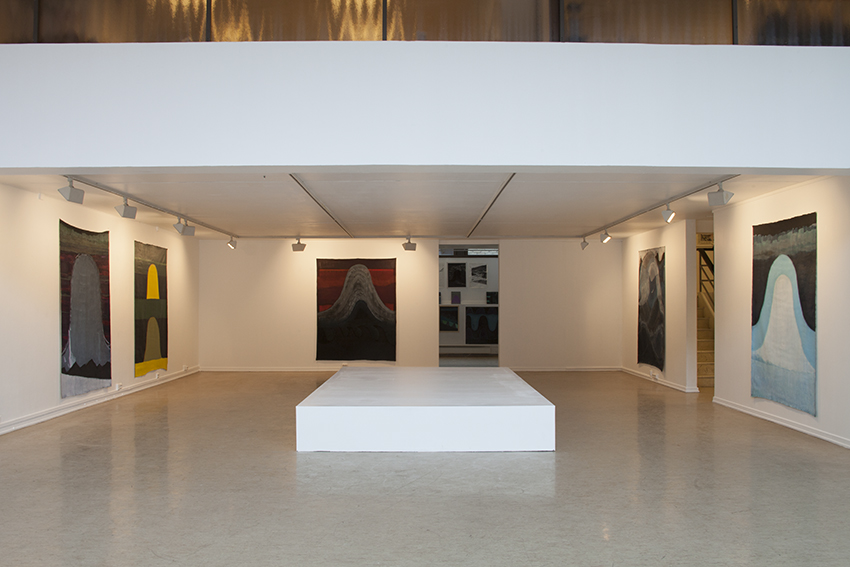 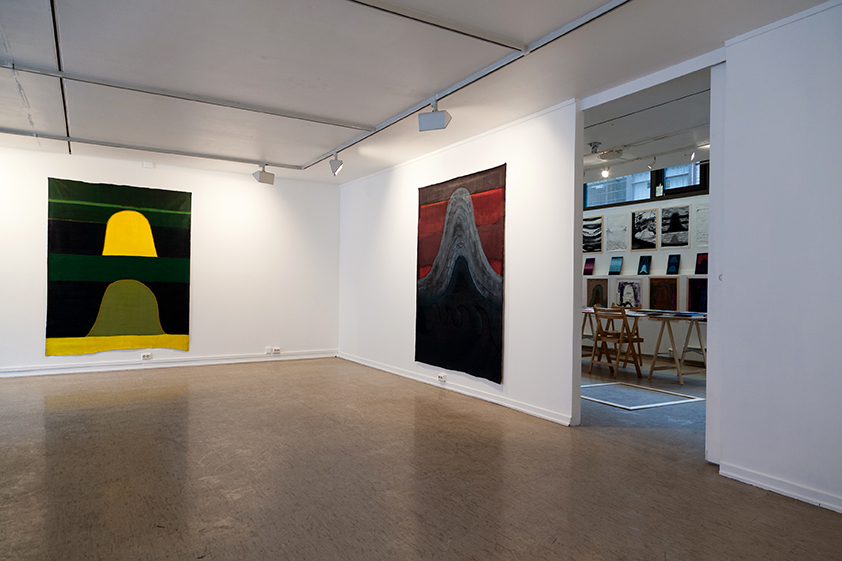 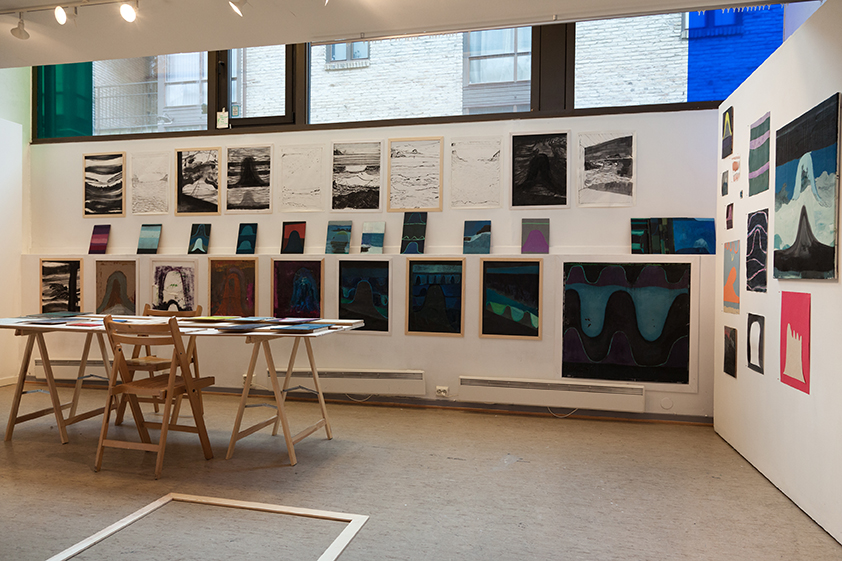 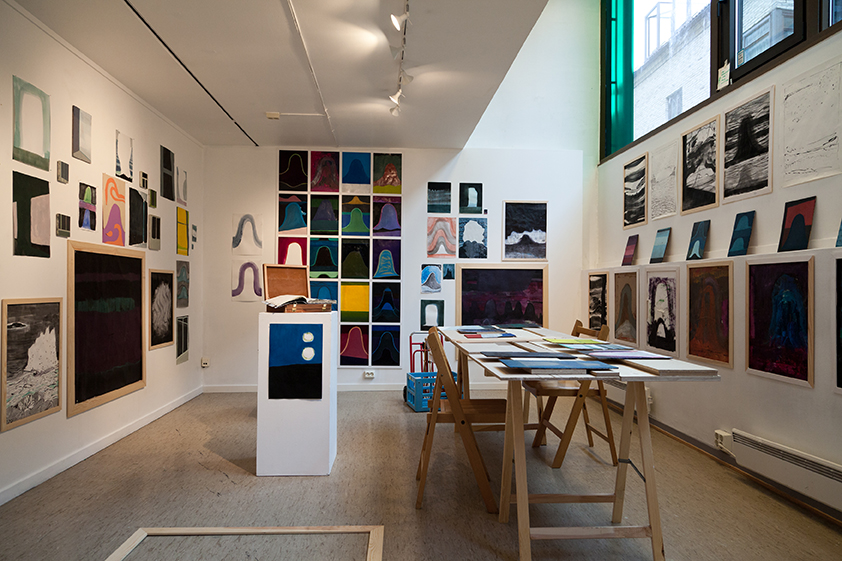 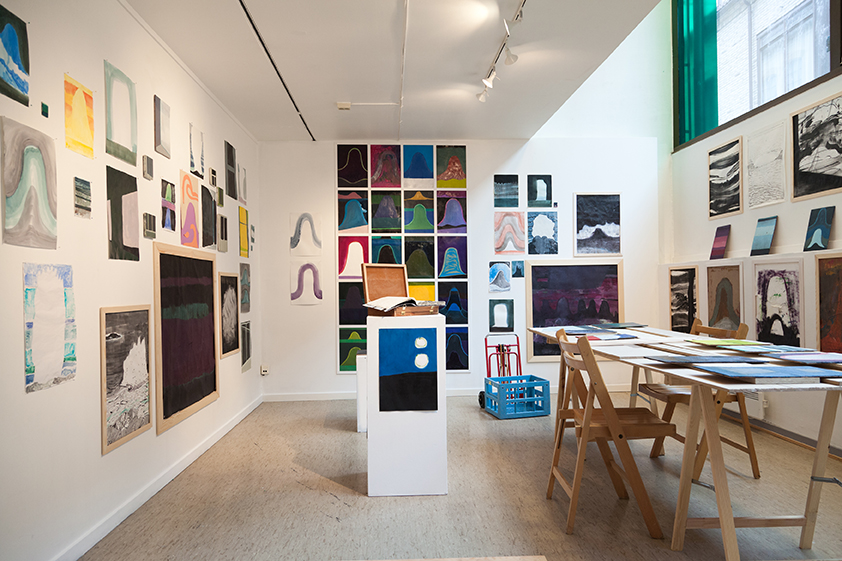 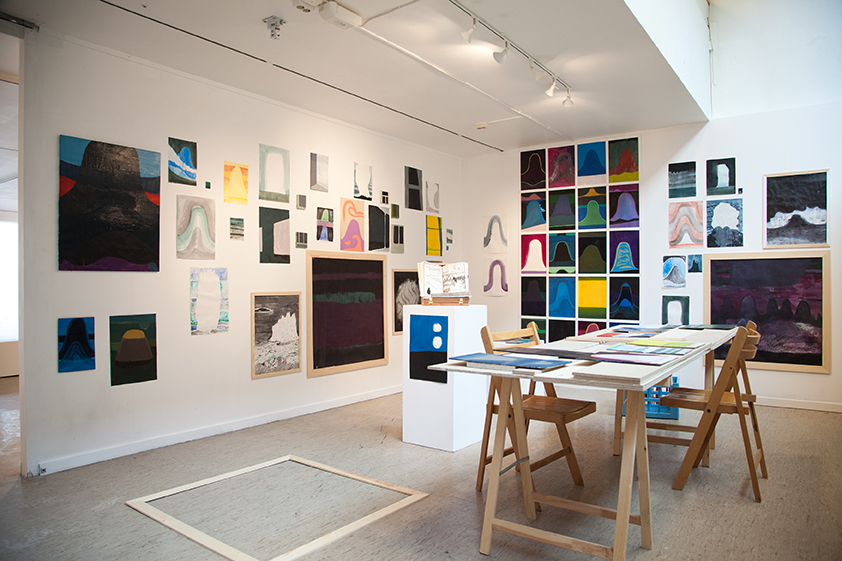 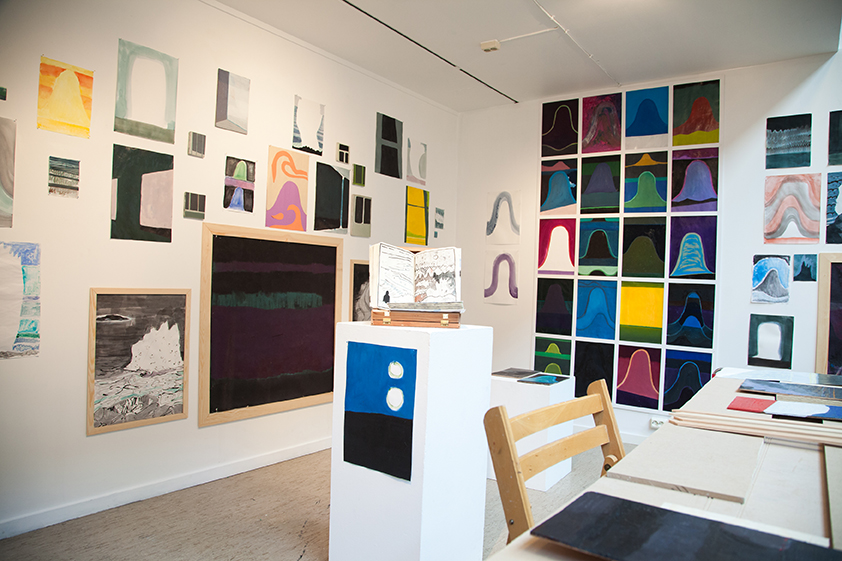 From November 2012 to January 2013 I had a residency on Fogo Island, Newfoundland, Canada. During this time I worked in the newly built Squish studio designed by architect Todd Saunders. I got permission to use the outside of the building as support for a series of large-scale outdoor-paintings. The paintings were developed in response to the rapid changing weather conditions during the winter storm season. A scaffolding was installed for the largest two canvases. Wind, snow, ice, sleet and rain mixed with salt sea water would brake down the painting causing the colors spread and the canvas to bulge and rip or even fly away. After nature's undoing, I would have to come to secure and rework the paintings. To counteract the effects and avoid wet paint from flying off the brush into my eyes, I started to paint with careful gestures using a roller. The stylized motif of a wave about to brake became a predominant form.. In the exhibition I’m the Ocean at Trøndelag Senter for Samtidskunst Two of the works were later shown in the group show Pleinarism curated by Kitty Scott at the Banff Centre, Banff, Canada in 2013. The photos from TSSK are by Monica A. Svorstøl.